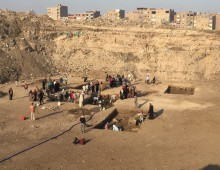 Within the framework of the newly founded cooperation with the Heliopolis-Project, the Department of Surveying and Geo-spatial Information Technology at the University of Applied Sciences Mainz aims to, among other things, provide guidelines to ensure the quality and integrity of computational photography and photogrammetry methods used on site.
During the Spring 2016 campaign, the Mainz-based Heliopolis-branch concentrated on establishing ground rules for the reliable, economical and scientifically sound on-site acquisition and processing of Photogrammetry-data. Our software of choice was Agisoft PhotoScan, mainly due to it’s performance and level of parameter control in comparison with similar packages.

Using the data collected on site, we were able to identify fallacies in regular data-capture practices particular to the nature of the site, as well as bottlenecks and possible overheads in the processing pipeline. This formed our basis to develop an empirical, step-by-step approach to the data acquisition on site, as well as to the subsequent data-processing. These efforts were finally condensed into instructional guides tailored to the specific needs of the Heliopolis Project.

To meet the upcoming challenges of increased digital data volume due to the more widespread use of photogrammetry in the project, we also developed internal guidelines establishing fixed data nominations as well as an internal meta-data model and a digital archive structure, thus adhering to scientific archiving standards for digital data and simultaneously ensuring their longevity.

The collected 3D data will serve as a basis for dynamic virtual reconstructions of the site in later phases of the Heliopolis-Project.

The recent discovery of a colossal Satue of Psamtik I. has further confirmed the site’s importance as the most important religious centre of its time. The methods established by i3mainz played a substantial role in the documentation of this extraordinary find. 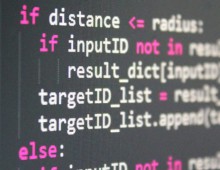 After my graduation, I gained employment at the Institute for Spatial Information Technology and Remote Sensing (University for Applied Sciences) in Mainz, Germany. Here, I assist different digital humanities projects and lead courses in applied Photogrammetry and RTI. Additionally, I undergo extensive IT training, gaining proficiency in coding and deepening my knowledge of geospatial information technologies and remote sensing applications in the humanities.

The Franco-German Figurines Project (FGFP) is financially supported by the Universities of Strasbourg (France) and Wuerzburg (Germany). Its goal is primarily the recording of the Iron Age female terracotta figurines found in Transjordan and the creation of a refined typology of these objects.

Between spring 2012 and summer 2014, the project team consisting of Regine Hunziker-Rodewald, Astrid Nunn and myself carried out five preparative and seven research stays in France, Germany, and Jordan, as well as in the United-States and Canada. The team exclusively works on material kept in museums, in storage facilities and in university collections. To date 423 female terracotta figurines, 96% of them fragments, have been registered.

Reflectance Transformation Imaging (RTI) produces dense surface data of captured objects, by far surpassing traditional photography in the versatility of its output format.
In my function as the head of documentation, I have recorded 229 figurines from collections in the US, Canada and Jordan using the RTI highlight method. I was also given the opportunity to hold lectures on this subject in the US, France and Germany. 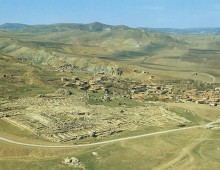 The primary goal of this DFG-funded project was a thorough evaluation of philological and archeological clues that could lead to a more detailed reconstruction of the archives of the Great Temple at Ḫattusa/Boğazköy, the capitol of the Hittite empire (ca. 1600-1180BC). These clues included its localization, dating, hosted tablet categories and relation to other archives in the city complex.

As a scientific assistant, I focused on the archeological aspects of excavations at Ḫattusa/Boğazköy. My tasks included the georeferencing of old maps and plans, as well as the reconstruction of excavation events from the first campaigns using old photographs and manuscripts.